If you don’t know about Amazon – I don’t know who you are. If you don’t know that there’s tons of movies available to watch on Amazon, well that’s what we’re here for. As an Amazon PRIME member, you can watch tons of movies for free through your computer or now through your PS3/XBox. Along with that, MANY independent filmmakers have made their films accessible through Amazon for download or rental. As someone who buys too much stuff on Amazon (and everywhere else too), this is incredibly convenient. They don’t categorize Independent – as I think they’d like to believe an Independent can succeed anywhere – but I encourage you to check out the Documentary section. It’s filled with truly independent films worth your time.

If you thought Netflix was just for those little red envelopes, you are a dreamer. Netflix began streaming movies and TV shows some time ago – perhaps to their detriment. While Netflix generally does an incredible job streaming, it is noticeably buggy for some independent films. And the volume of Indies has declined as the big Red has moved from the mail to the stream. Netflix DOES have an Independent genre which it fills with the pseudo-Indies where you might not see big explosions, but even the third tier supporting actor probably was on FRIENDS or maybe The Bachelor. Netflix is built on its algorithms; so, the more indies are viewed – the more they’ll showcase them. 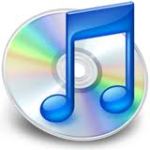 Because the almighty Apple curates the iTunes – independent is hardly heard, but it’s there. There are plenty of pseudo-Hollywood films. It’s the oddly-Indies that will surprise ya. iTunes greatest success seem to be people like The Polish Brothers or Ed Burns – make films on their dime, it just so happens that you know who they or their cast are now. Can’t fault them for becoming Indie, but I will still push for more Truly Indie.